Well, I have been back home in America for about a month now which has given me some time to catch up with friends and family and of course answer all their questions about my time abroad. Responding to everyone has also given me time to reflect on my experience.

My last month in Europe was a whirlwind, which I hope justifies my lack of a post. I simply was having so much fun and filling every last second with a new adventure. I finally was able to take a trip to visit my friends Elysia and Dan in Barcelona, along with some other students I had met during my travels.

It was a real treat to visit the sunny city of Barcelona after spending so many months in cloudy Amsterdam. On my first day there I walked La Rambla all the way down to the harbor which was filled with sailboats and yachts floating in the clearest blue water I had seen in a very long time. Seagulls were flying through the warm (well, warm to me, but cold to those from Barcelona) air and the shore was dotted with palm trees. How could I not have a smile on my face the entire trip? After exploring the harbor I met up with Elysia to visit the Picasso Museum. We spent a long time wandering through the many rooms in awe of how his work progressed throughout his lifetime. What puzzled us most was the room containing his many renditions of Las Meninas. Each painting contained the same subjects just with the focus on different parts or the colors switched. The paintings seemed quite obsessive. At night we grabbed some drinks at a bar filled with other Americans studying abroad in Barcelona and while there I began to fear my return back to America after having spent the last few months so far away in a completely different culture. But I can say that the transition back has gone much more smoothly than I expected, but then again maybe I’ve subconsciously been putting off the blog post in denial that it is actually over. My next few days in Barcelona consisted of shopping, eating good food, and taking in the incredible views of the city from Park Qüell and from Bunkers de Carmel. We watched the sun, set from the bunkers and it was a really surreal moment because, in Amsterdam, there are no hills at all. In fact, it is mostly below sea level. But while I was at the top of the bunkers looking out over the city and the ocean, I felt as though I were looking out over my entire experience abroad. I seriously got the chills. My time in Barcelona was capped with a night out typical Barcelona style where we only headed out to the first bar around 10pm which was still empty. Later we ended up at a club called Bling Bling where we knew several people who were also studying abroad and danced all night until 5am when the subways started running again for everyone else’s morning commute.

After my quick trip to Barcelona, Gia and I needed to crack down on studying but didn’t let that get in the way of our continuous exploration of Amsterdam. We jumped from cafe to cafe all around the city as we studied for our finals. I even turned my museum visits into study sessions (okay now I’m getting super sad). The Amsterdam Museum provided a timeline of the expansion of the city and how the culture changed throughout the years. I think I learned just as much in the museums for my Amsterdam Urban History Course as I did during the semester through readings. Luckily, the day I visited the museum was a sunny day and I spent the rest of the day riding around The Nine Streets on my bike trying to soak in every last corner of the city. I’ve never wanted to “hug” a place so much as I’ve wanted to hug Amsterdam. Amsterdam became my own place in the world where I was able to be truly free without any influence from people I had spent my whole life with. I truly had time to find myself as a person and grow up by having to be independent and fend for myself.

Luckily though, I was able to share Amsterdam once again with my sister Holly. As soon as she finished her first semester of college, she flew over to Amsterdam to visit me and celebrate her 19th birthday. While she was with me we biked all around the city hitting all my favorite spots one last time. In just the three days she was there we visited Brouwerij t’ IJ, Albert Cuypt Market, Anne Frank house, the Stedelijk Museum – which had a new exhibit including a whole stairwell of quotes from George Orwell’s 1984, a shared favorite book between the two of us, plus we got to go ice skating right outside the museums, and of course did lots of shopping.

Ice Skating at the museums 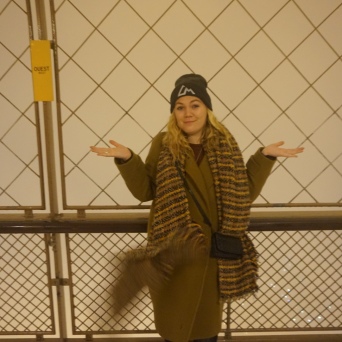 Despite how quick Holly’s trip was we still found time to go to Paris for a couple of nights. We stayed in the nicest Airbnb that had a balcony overlooking the city street down below. While in Paris we got to see all the sites. However, when we visited the Eiffel Tower, it was pretty foggy and rainy so when we were at the tippy top, we could not see a single thing. It was fun though on the way down because it began to light up and sparkle as we were Facetiming our parents. The next day we visited Shakespeare and Company, spent a lot of time walking along the Seine River, gawking at the glass pyramids outside the Louvre, braving the Arc de Triomphe, and we even went all the way the Sacre Coeur (which was neat since Holly attends Sacred Heart University), where we could see the entire city despite the clouds. Inside the Sacre Coeur Cathedral were some of the most beautiful biblical paintings I had ever seen. The ceiling seemed to be covered in gold and it truly felt like a sacred place. Holly’s birthday had to of been one of the best days we had. We began the day with brunch and mimosas before hanging out in the Luxemburg Gardens until our train back to Amsterdam. When we got back to Amsterdam, we went over to my favorite restaurant in Amsterdam North before heading out on a Light Festival canal cruise. Each year, Amsterdam hires artists to create light sculptures to be placed in and along the canals which can be viewed by boat. It was pretty cold but we were provided with blankets and endless mulled wine and hot chocolate. After the cruise, we headed up to one of the fanciest bars in Amsterdam which overlooks the city and harbor. After some drinks, we went to meet up with Gia and her roommate to have a last walk around the city. Knowing you’re in a place for the last time (at least for a while) is such a sad moment. I really did not want to head back to my apartment knowing I had to catch a flight in the morning but my entire experience was so incredible that I had nothing left undone but I already can’t wait to return, hopefully next time in the Spring so I can see all the tulips Amsterdam is so famous for.

Thank you to my friends and family who supported me along the way. I am so grateful for all the new friends I made along the way from all over the world. My experiences would not have been nearly as much fun without having this opportunity to share them with you. I hope you enjoyed my blog as much as I enjoyed writing it! 🙂

A few pictures of some of the marvelous people I got to share these unreal adventures with! XOXO

Enjoying the show with new friends 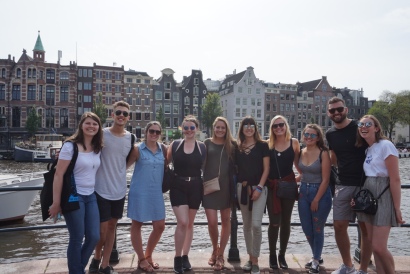 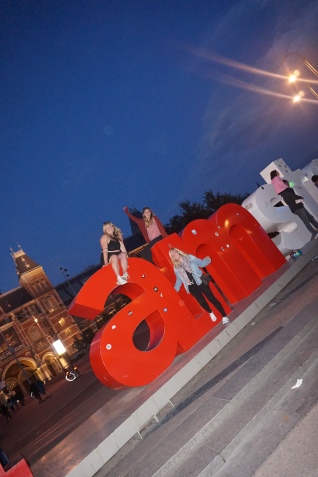 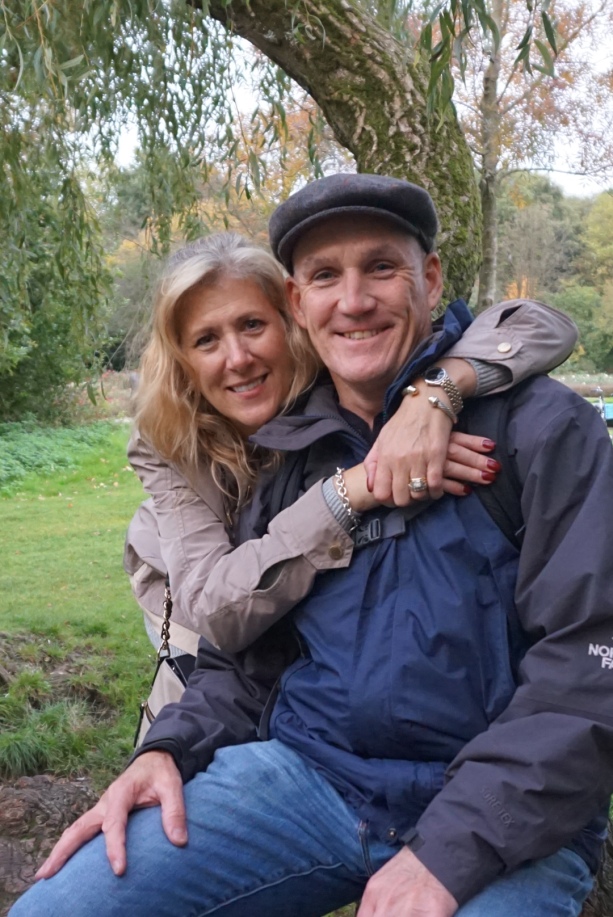 Mom, Me, Dad, Mike, Greta, and Jacoba in her art studio 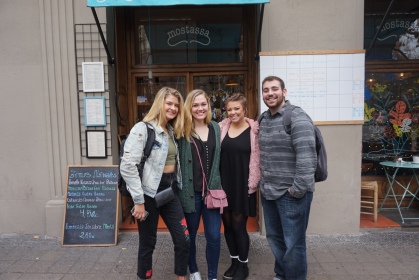 3 thoughts on “Four Months That Changed My Life”